Ian is now a fully established video artist. His video poems have met great success, having been published in literary journals and websites, shown at festivals around the world, including UK, Ireland, Greece, Russia, Italy, Croatia, USA, Mexico as well as Australia, and screened as commissioned public art installations. Several have won or have been short-listed for awards and prizes at international festivals. Some of his recent videos are in the gallery below.

For the 2020 South Australian Living Artists Festival (SALA), Ian created an on-line showcase of his more political videos, called The Unwanted. Click here to see the showcase and more details of the videos included there.

Ian also has contributed videos to art-science installations including Not Absolute, The Microscope Project, Floribunda and Body of Evidence, which commissioned two of Ian’s video works for the Adelaide Convention Centre. 42nds was commissioned as a public art work by Adelaide City Council and the Australian Network for Art and Technology (ANAT): it has been projected onto a department store wall in Rundle Street; onto a water screen on the River Torrens during Hybrid World Adelaide 2018; and shown at the Adelaide Festival Theatre Digital Screens.

In 2017/2018, Ian made a series of documentary videos in Italian for Australia Donna’s project: Language and Legacy: Exploring the legacy of Italian language across generations of women of Italian origin. Funded by the SA Department for Communities and Social Inclusion, this project documented six first generation women, together with their daughters and granddaughters, in an exploration of their experiences and the meaning inherent in sharing their deep linguistic and cultural baggage. Click here to see this project.

Ian also has made documentary videos of various poetry gigs around Adelaide (eg here or here).

Ian’s video work is showcased with many others at AGITATE:21C, a worldwide co-operative of experimental filmmakers, artists, writers and musicians.

The examples below are early works that were among the first to be published or screened in public.

Rearrangements was originally performed at the Adelaide Cabaret Festival Fringe in 2013 with Kerryn Tredrea, Tracey Korsten and Cindy Macdonald. The first poem in the sequence won the Friendly Street Poets 2014 Satura Prize.

Bayside Reporter was published in Australian Poetry Members Anthology, 2014 and selected for Moving Poems: the best poetry videos on the web.

SPSS was originally published in Cordite Poetry Review, 2015. It went on to shortlisted and screened at the Rabbit Heart Poetry Film Festival 2017 (Worcester, MA, USA, 2017). It also has been shown at the Adelaide Festival Theatre digital screens program (2019).

Cataplexy was published in e•ratio 21

Some of Ian’s videos from the not absolute project are here. 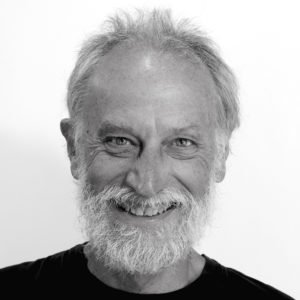